Could Artificial Intelligence have saved the French women's football team? 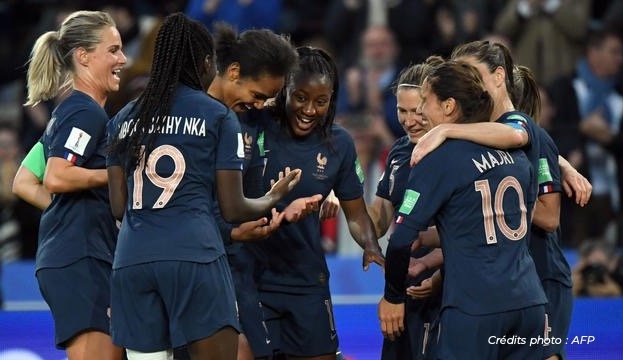 Current topics often provide an opportunity to publish about the role of AI and the influence it could have had or the consequences of its implementation. For example, it was reported that AI would produce Yellow Vests, could predict suicides, or could create thousands of jobs (or destroy as many). But relatively little on AI and sport... Is there any future for AI in the field of sport?

The USA (in accordance with all expectations so no need for AI) won the final against the Netherlands. However, the unblemished hand in the penalty area during the France-USA match rekindled the controversy over video assistance to refereeing (VAR). Officially introduced at the end of 2018, this system allows the arbitrator to request a video check on an action in order to confirm or reverse her/his decision. In the case of the penalty expected by the French team, it would have revealed that there had been contact with the hand of an American player, with the referee deciding whether or not it was intentional. Similarly, in the USA-Spain match it was the use of the VAR that led to a winning penalty.

The main criticism of the VAR is that it hampers the game with waiting times of several minutes. But what is ultimately shocking is the lack of consistency in decisions because the interpretation differs from one arbitrator to another. This is probably the charm of the game and allows you to feed social networks (and write articles).

The contribution of AI as a complement to video control reduces processing differences and decision time. A properly trained program (in Machine Learning) will be able to detect "in real time" (or within a very short time) a handball contact or if the goalie's feet are not on the line during a penalty kick. The intention to commit the fault can even be proposed to the arbitrator with an indication of confidence (it can be assumed that the distance between the arm and the body helps to determine whether the contact is intentional or not, including for human arbitrators). The final decision remains with the referee but, this time, on the basis of objective, coherent and totally factual elements, an Artificial Intelligence program that does not support (in principle) any team (although it would be possible to train it to be more tolerant depending on the colour of the shirt!).

It is therefore difficult to know if the blues could have reversed the course of this match with the AI but, throughout the tournament, the referees' decisions would have remained constant with the same level of information. UEFA can therefore take a new step forward by supplementing the VAR with the AIR (Artificial Intelligence Referee).

The stakes in sport are such that the investments to achieve a homogeneous and relevant process seem reasonable. For example, the budget for the Men's World Cup has increased from 430 million euros (in Germany in 2006) to 9 billion euros for Russia and, probably, 13 billion euros for Qatar. In women's football, budgets are very much lower (the total amount of bonuses does not seem to exceed 26 million euros, i.e. less than what the winner of the men's cup alone earns). But these image recognition and analysis tools already exist and probably remain consistent with the challenges.

The analysis of real-time video images is a key area of development for AI and its use in sport is just one example. Asian countries have developed considerable competence in this field and, beyond the hand of O'Hara (which then becomes anecdotal), Europe should get its act together quickly. Applying it to gambling facts would be a positive opportunity to exploit it (rather than determine who is behaving in a socially acceptable way...). UEFA could then be the European federator around a video recognition project that avoids contesting referees' decisions (and therefore limits fans' frustration).